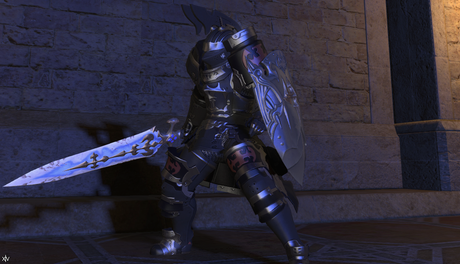 For centuries, the elite of the Sultansworn have served as personal bodyguards to the royal family of Ul’dah. Known as paladins, these men and women marry exquisite swordplay with stalwart shieldwork to create a style of combat uncompromising in its defense. Clad in brilliant silver armor, they charge fearlessly into battle, ever ready to lay down their lives for their liege.

To be a paladin is to protect, and those who choose to walk this path will become the iron foundation upon which the party’s defense is built.
Combat Role

The paladin job sacrifices maximum HP, but this is compensated by way of greatly enhanced defense as well as the ability to cast healing magic. Valiant by nature, a paladin can shield his comrades from blows, making him the unyielding rock upon which a party’s defense is built.

Requirements:
Level 30 Gladiator and level 15 Conjurer.
As a gladiator, talk to Lulutsu in the Coliseum (Gladiators’ Guild), located in the Ul’dah Merchant Strip (5,5). Complete the job quest “Paladin’s Pledge,” and receive the Soul of the Paladin. 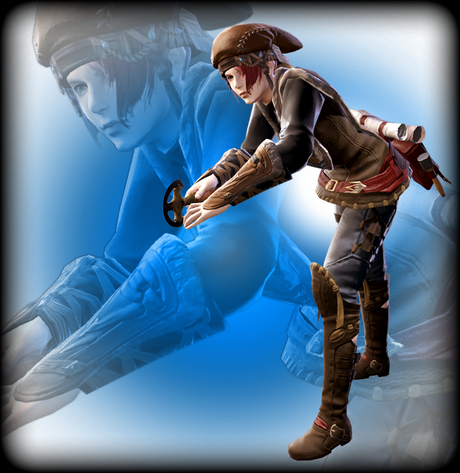 Leatherworkers are craftsmen who refine the hides, pelts, and furs of Eorzea’s wildlife into garments to be worn from head to toe. Foremost among their creations are leather protectives, which are more substantial than cloth, but lighter and more pliable than chain or plate.

The Elezen have long been known for their skill in leatherworking, yet for centuries their techniques were heavily guarded. Once they agreed to share their wealth of knowledge, the quality of Gridanian leather goods improved significantly, creating an increased demand for the superior products.

The Leatherworker can create light armor for some of the classes in the game and also garments for everyday wearing around town.

There are four base disciplines, each divided into several classes. Each class has its own weapon type, and as of the beta, changing classes is as simple as changing weapons; this is known as the Armory System. Classes can be changed at any time, except during a battle. The player can use most skills on any class after learning them, but skills are scaled with the current class level.

Players can use all skills learned by their current class, and set up other classes’ skills based on his or her current max level. The maximum number of cross class skills that can be used is capped at 10 for a level 50 character. 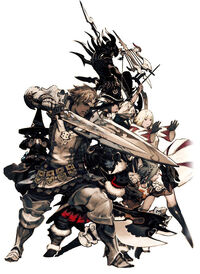 Introduced in patch 1.21 of the original version, classic Final Fantasy jobs appear as types of specializations inside the armory system. Upon reaching a certain level in a class, players can do a quest unlocking the use of a job, obtaining a soul crystal, carved with the deeds of past warriors.

Setting a job on top of one’s class severely limits the use of cross class abilities (can only use half the usual number – max of 5 skills at level 50 – and only from specific classes) but allows the use of powerful job-specific abilities and equipment. The main advantage of using a job will be the possibility of specializing on a role (like tanking as a Paladin) for high level party play, while using the regular classes will be advantageous while playing solo or in smaller parties (where things like a Thaumaturge who can heal can prove useful). Jobs change the player’s base stats to help fulfill its intended role.

Unrevisitable locations are locations that are accessed automatically during the storyline and inaccessible upon being left, thus, only visitable once in the entire play-through. Many unofficial guides and walkthroughs warn players of these locations beforehand, especially if they contain useful items.

Final Fantasy IV: The After Years

The player can revisit some areas in different Tales, but in some Tales they may be unrevisitable. Some locations become unrevisitable after the Point of No Return in a Tale, but reloading the player after completing the Tale may place them back at an earlier location, so areas that can be revisited upon reloading are not noted here.

In Ceodore’s Tale the player cannot re-enter the Adamant Isle Grotto and Mythril after leaving the area. In Rydia’s Tale the Underworld and all locations within become inaccessible after traveling to Agart. In Edge’s Tale the player visits the Dwarven Castle, Tower of Trials, Mount Ordeals and the Impact Crater with the members of the Eblan Four, and can only visit them in Edge’s Tale once.

In The Crystals, the final tale, many cave areas are blocked off by meteor strikes or cave-ins or otherwise cannot be re-entered. These locations are – Underground Waterway, Devil’s Road, Mist Cave, Ancient Waterway, Antlion’s Den, Impact Crater, Mt. Hobs, Mount Ordeals, Adamant Isles Forest, Agart Mine, and Tower of Babil. Additionally the Red Moon is inaccessible outside of The Lunarian’s Tale. 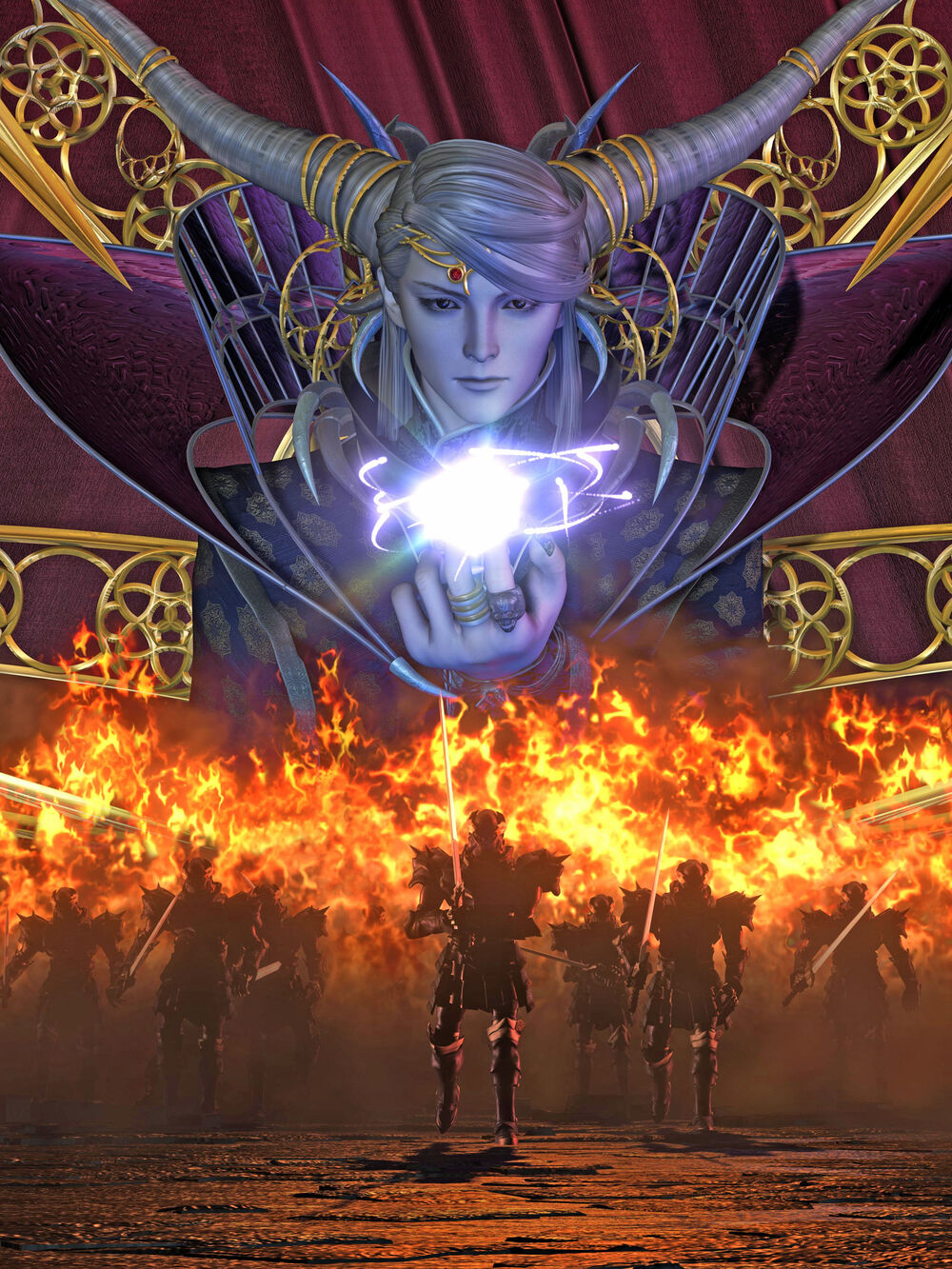 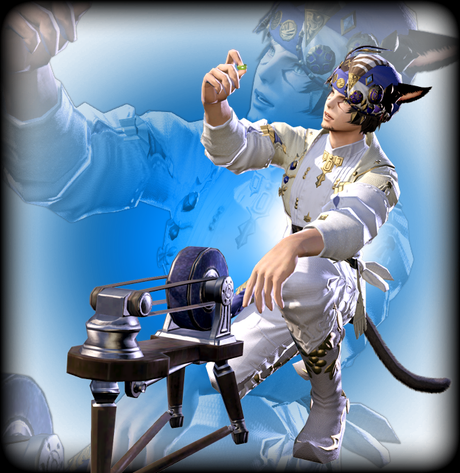 Goldsmiths work precious metals and stones into a multitude of accessories that appeal to the Eorzean aesthetic. Their wide-ranging finery, painstakingly fashioned from delicate metals and gemstones, can be see adorning the ears, fingers, and necks of the distinguished everywhere.

Ul’dahn goldsmiths always have a ready supply of raw materials, owing to the vast mineral resources of Thanalan. Due to the high value of these resources, however, most artisans also make it their business to stay abreast of market trends.

A player seeking to be a Goldsmith should expect to be creating high value items. Your goal is to make the most potent and powerful jewelry for players to wear. The items involved in this process tend to be very valuable, but a smart Goldsmith can turn those initial losses into great profits over time. 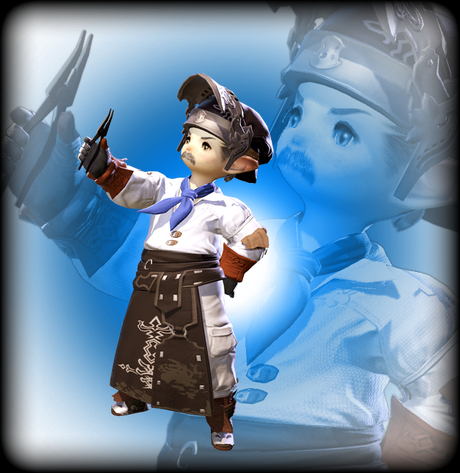 Armorers treat and work the malleable metals of Eorzea into all forms of armor. By binding together sheet, stud, and link, they are able to produce garb of plate and chain that has saved the lives of countless adventurers.

Though the armor trade once fell within the realm of blacksmithing, advancements in both metallurgical techniques and material refinement led to its necessary specialization, and it is now recognized as an official profession by all nations.

An Armorer is important for any player looking to be in the front lines of combat. Their job is to create the best, sturdiest armor to take the hits and keep tanks and warriors alive. 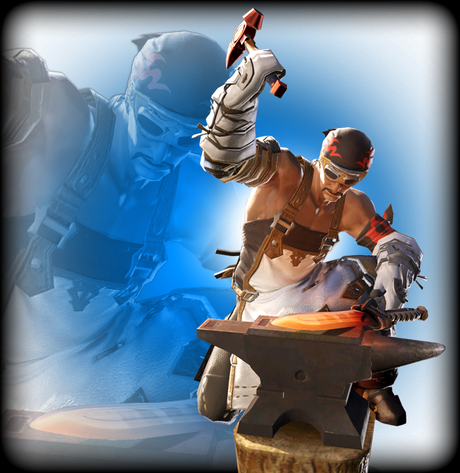 It is in the fires and on the anvils of blacksmiths that weapons and tools of metal are crafted. Their work is in demand far and wide, whether it be hammering the blade of a sword at the forge, or whetting the edge of an axe at camp.

Limsa Lominsa has been renowned for its blacksmithing tradition since antiquity, though the advanced metallurgical techniques passed on today bear little resemblance to the simple practices of ancient times. The relatively recent birth of firearms has created an entirely new area of expertise which is being adopted with fervor by many ambitious smiths.

The trusted Blacksmith is the man to seek when you want a new sword or axe. Their job is to bend, shape and hammer metals into weapons and tools for the other classes to use.

Having a Blacksmith friend is key for anyone looking to play as a Disciple of War. Couple that with someone who is an Armorer and you will constantly have a supply of gear ready for you at each level. 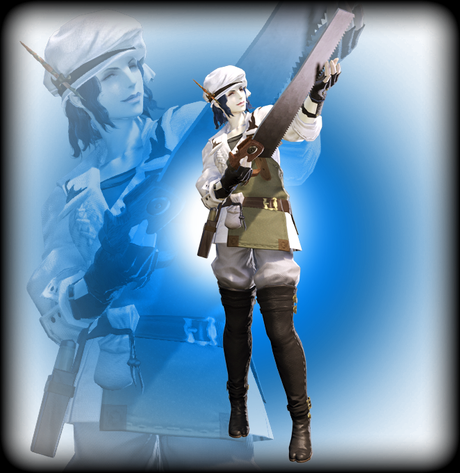 The foremost workers of wood, carpenters possess expert knowledge of the hardness, pliability, weight, and value of all types of timber. Their creed is to bring these natural traits to bear in the form of various wares, from the implements of war to the tools of various trades.

The greatest advancements in the craft have been made in the Twelveswood, home to the highest quality timber in Eorzea. Gridanian carpentry produces everything from the masks used in their religious ceremonies to the enormous waterwheels erected throughout their city.

A Carpenter is going to be using the various lumber found around Eorzea. Most items that contain wood as their primary ingredient will be crafted by this Disciple of the Hand.

Although a players first instinct will be to craft weapons, a Carpenter can also produce tools and other items not related to combat to help better the lives of the inhabitants of Eorzea. 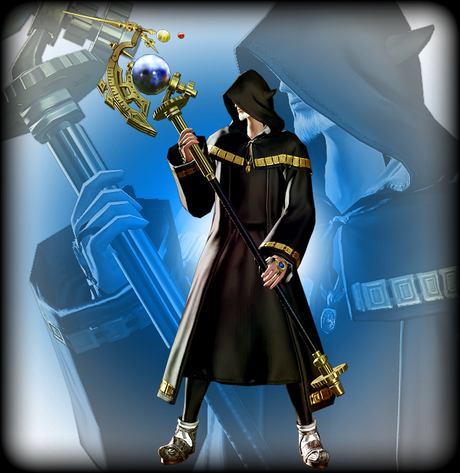 In the hands of a skilled practitioner, thaumaturgy can be a force of terrifying destruction. At the heart of this school of magic lies the ability to call forth and command the latent aether within oneself through deep introspection.

To then mold that aether into sorcery, the thaumaturge makes use of a scepter or staff, within which is housed a medium—a natural stone imbued with magical properties. Thus armed, the thaumaturge is capable of wreaking considerable havoc via ruinous spells and curses.

Thaumaturge is a class that will allow players to use ruinous spells and curses to take down the enemy. They sling their spells from the back ranks of the party, well away from danger. Their spells have various properties, some designed to inflict heavy damage while others calmly put enemies to sleep to be dealt with later.

Any good Thaumaturge is only as good as his party protecting him. They are lightly armored and have very few hit points. Any Thaumaturge would be wise to have a Gladiator as a friend to protect them during combat. 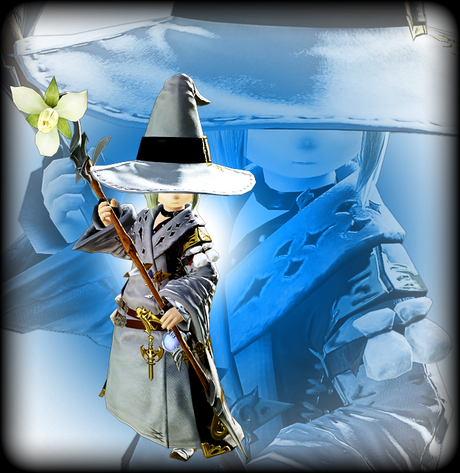 Conjury calls upon the elements of earth, wind, and water and concentrates them to a potency at which spells can be weaved. Through practiced meditation on the essences of creation, conjurers draw forth and absorb aether from their immediate surroundings. A wand or cane made from unworked wood is then utilized to focus the aether until it manifests as the desired spell.

Versed also in magicks that restore and strengthen, conjurers are regarded as accomplished healers.

Conjurers produce spells by calling on the elements of earth, wind, and water. They are able to use spells that heal or strengthen players.

During battle they will be in the back lines using their repertoire to help keep their party members alive. Being part of the Disciples of Magic causes them to have lower health than most other classes, so they must take care to avoid damage at all costs.